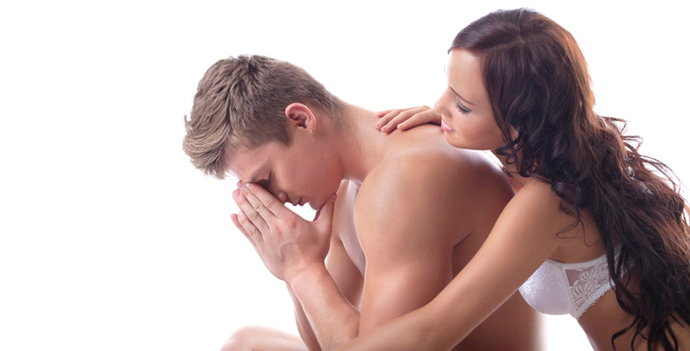 Now after 15 years of marriage my wife and I are beginning to fall apart. Partly because I’m loosing my mind over this issue and she has stopped having sex with me. Who or where do I turn? I’m alone in the world with no one to help or even want to deal with this MEN’S ISSUE symptoms. So here I am turning to this public form looking for any suggestions please?

Have the same problem. Always did and still have it. Climax within 1-2 minutes. I use a prolonging climax delay desensitizer cream containing Benzocaine such as Detane or Mandalay. That lets me keep thrusting for as long as I want. After a few marathon sessions with the cream,

I find a quickie is equally pleasurable for both. Intercourse is not the only release. Master your oral skills and you wife will love you for it. Good luck and don’t despair. Lots of men have this rapid climax disorder problem.

I’ve been thinking about your post regarding your PE “disorder problem”. At this point I think it would be best if you could answer a few questions before I respond and provide you with my thoughts.

When you have intercourse how long after penetration would you ejaculate? Has there been any change in the duration of intercourse from when you first were married until now? Are you circumcised or uncircumcised? On the average how long is your foreplay?

How often did you have intercourse before your wife stopped having sex with you? When you and your wife would have sex, during foreplay did you stimulate her clitoris manually/orally until she would have an orgasm? How has having PE affected you personally, your wife, and your relationship?

I also have a few questions that I would like to have your wife to answer if that is okay with you and with her. When you first realized that your husband had a premature ejaculation disorder problem, what was your feelings and response to him?

Did it bother you that he did not last very long? As time went did his having PE affect how you felt about your husband sexually as well as non-sexually. Please add any other information that you would like to provide.

Basically I’m trying to understand from each of you what has caused the PE “problem” to become what appears to be a very BIG PROBLEM. Thank you.

I generally noticed the problem about one-two years into our relationship. During that time, I tried to deal with his rapid climax through frequent intercourse in an attempt at trying to get the sessions to last longer. That was to no avail as the “Newness” of our relationship wore off and I became increasingly frustrated sexually!!!

Sometime before our fifth year of marriage, I “EXPLODED” about the issue. And, have done so on and off through out the years. I am now at a point were I am continent with our relationship as is…Without it! Everything else “Besides” THAT is just perfect!!! I still love him and consider him as my best friend and companion.

However, I somewhere along the years just lost the desire to be with him “Sexually”. Basically, his overall performance outside of penetration, for the most part, is worth my attention; i.e. orally and sensually. But, I desire more and I just don’t have the patience any more!

2) There has been no change.

5) Stimulation was done in both ways and also with adult toys.

6) It has lowered my self-esteem and self worth as a man and a mate to my wife. She has given up on me as her lover. It has caused us both to start questioning whether we should look out side our marriage even to the point of separation because of our respect and love for each other.

Well there you have it. We both gave our point to this situation. If you have any ideas or helpful thoughts pleas share them with us. We again thank you for your interest and concern.