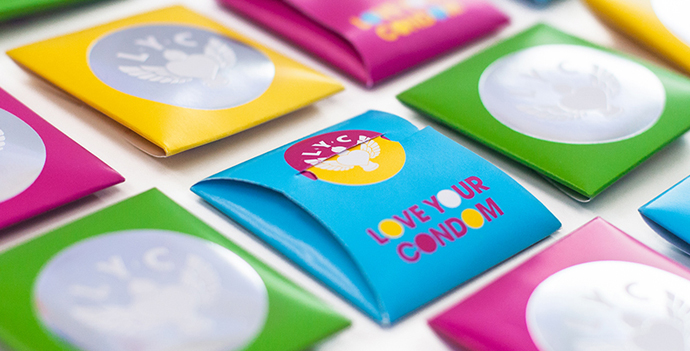 How do you use & put condoms on the penis for protection?

Condoms are a protective method of contraceptive that, when used consistently and correctly, can prevent pregnancy by blocking the delivery of male reproductive ejaculation semen fluid into the vaginal canal.

Condoms can also prevent the exchange of blood, semen, and vaginal secretions, which are the primary highways of Sexual Transmitted Diseases (STD) and HIV/AIDS virus transmission infections.

Put the condom on the erected external reproductive organ (penis) before engaging in sex. Some couples use a condom after some initial genital insertion.

The liquid (precum) that comes out of the male penis before ejaculation (climax/orgasm) can contain the HIV virus disease. The HIV virus can be transmitted through direct genitalia contact.

Risks, Tips and Facts: How to use the condoms!

How Do You Put Condoms On Male Penis?

Putting On Condoms And Losing It Problems

I can be hard as a rock, slide condom right on, but after 30 sec or so regardless of whether I’m in her or not it goes down.. After we were finished I took off the condom…

I used condom protection and everything but I’m still paranoid that the girl could get pregnant. Should I get the Morning After Plan B pills to be safe? Condom Leaking Semen Risk, Need Morning After Pills?

Today i took a look and realized that my ejaculation semen fluid might be leaking from the condom. Is it possible that this is true and there is a risk my partner may be pregnant?