Home » Hearing Loss in Aging May Not Be Ear Problem; Just an Old Brain

Hearing Loss in Aging May Not Be Ear Problem; Just an Old Brain 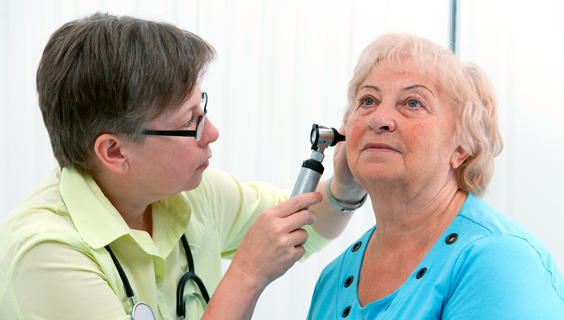 Editor: I’ve been pretty involved in the hearing loss world for many years, and this is the first time I’ve heard anything like this claim – that hearing loss in seniors may be due to the brain, rather than the ears. But note that the article doesn’t say this applies to ALL seniors.

This article is reprinted with permission from the Senior Journal. Please visit them at http://www.SeniorJournal.com

Losing your hearing as you grow older may not be a problem with your ears. Older people whose ears are in fine shape may have trouble hearing because their brain is aging, conclude researchers who are finding problems in the way our brain processes information as we age.

In addition to earlier findings of a specific type of “timing” problem that limits our hearing as we age, the group is now finding increasing evidence of a “feedback” problem in the brain that diminishes our ability to hear.

This week at the annual meeting of the Association for Research in Otolaryngology in New Orleans, researchers are discussing the results so far of the hunt for genes that play a role in the aging brain’s plummeting ability to organize the information our ears record.

“Traditionally, scientists studying hearing problems started looking at the ear,” says Robert D. Frisina, Ph.D., professor of Otolaryngology at the University of Rochester Medical Center and an adjunct professor at Rochester Institute of Technology. “But we are finding patients with normal ears who still have trouble understanding a conversation. There are many people who have good inner ears who just don’t hear well. That’s because their brains are aging.”

The findings come from researchers at the International Center for Hearing and Speech Research (ICHSR), an NIH-funded group of scientists in Rochester, N.Y., that is recognized as a leader in research in age-related hearing loss. The center includes scientists from the National Technical Institute for the Deaf at Rochester Institute of Technology and neuroscientists from the University of Rochester.

Sophisticated tests that measure how well the brain processes information that the ear detects are helping scientists sort out the findings. Normally the brain does a masterful job of filtering, sorting, and making sense of the information that flows through our senses every day – the colors and shapes we see, the textures of the objects we feel, the sounds ranging from the cooing of children to the screech of tires on pavement that we hear morning to night. Our brain stem sorts the bluster of information in ways that make it easy for us to carry on our lives.

Oftentimes it’s this ability of the brain, not hearing itself, that is diminished in older people who say they don’t “hear” well. The loss is detected most markedly in tests that measure a person’s ability to hear a sentence amid a background of babble, much as one might hear at a party while trying to speak to an individual nearby. The recently discovered feedback problem is central to this problem, says Frisina. His team has found that in mice, the brain problems usually precede actual hearing difficulties, and that early problems with the brain’s feedback system make the ears more vulnerable to damage – without the brain’s filtering capacity, the ears are more likely to be exposed to damaging noise.

The brain’s ability to provide proper feedback to the ear, by filtering out unwanted and unnecessary information, declines beginning in our 40s and 50s, Frisina says. Without that filter, a person is quickly overcome by a barrage of information that is difficult to sort. It’s a little bit like a computer user who would be overwhelmed by input if the spam filter suddenly failed and all sorts of bogus messages started streaming into the “important documents” folder. When it comes to hearing, the increase in sensory information making its way to the brain actually hurts the person’s ability to hear well.

“The number-one hearing complaint among the elderly is that they have trouble hearing speech because of background noise. Someone might hear fine in a quiet environment like their home, but when they go to a restaurant or a meeting or a party, it sounds like chaos to them,” Frisina says. “That’s partly because the feedback system is failing.”

To get to the root of the feedback problem, Frisina’s neuroscience team is investigating the possible role of a breakdown in calcium regulation in the brain stem, throwing askew the way nerve cells talk to each other and possibly resulting in a toxic buildup of calcium in some brain cells.

Recently the team used gene-chip activity to chart the activity of more than 22,000 genes in mice, comparing activity levels of genes in young mice and their older counterparts. While dozens of genes in humans and mice are known to contribute to congenital deafness, none has been linked to age-related hearing loss in humans. The latest studies offer several promising leads in genes that affect the functioning of brain chemicals like glutamate and GABA, important neurotransmitters that allow nerve cells in the ear and brain to talk to each other.

The difficulties can isolate people from friends and family, beginning when people first have difficulty with age-related hearing loss in their 50s and 60s. “This problem is especially tragic because just when people have time to spend with their children and grandchildren, they can’t understand what is going on,” says Frisina. “They’re losing something they had. People respond to this isolation by either clamming up or aggressively dominating conversation.” The estrangement can be severe and can even result in depression.

While there is no cure for age-related hearing loss, or presbycusis, some simple steps can lessen its effects. Speaking loudly is an instinctual reaction when talking to a hearing-impaired person, but that won’t help when talking to someone with age-related hearing loss. “Speaking slightly slower than usual will help,” says Frisina, “as if you were talking to someone who speaks a foreign language.

“Many older people are actually especially sensitive to loud sounds, so the worst thing you can do is raise your voice. What you need to do is look at the person and speak slowly and clearly. Speaking loudly is like turning up the volume on a cheap stereo – it’s only going to distort your speech and add to the confusion.”

Six years ago the same team of researchers reported finding a closely related brain “timing” problem where people are not as adept as they once were at detecting slight gaps in speech. While the average person can hear sound gaps of about 2 milliseconds apart, someone with a timing problem may be anywhere from 2 to 50 times worse detecting such gaps, which are crucial – though unconscious – for properly hearing consonants and vowels.

“To a person with a timing problem, conversation sounds like everything is spoken through a drainpipe,” says James Ison, professor of brain and cognitive science. “One sound leads into the next, smearing words together.” For instance, most people know that in the English alphabet, the letter that follows “K” is “L,” not “Elamenopee.” To a person with a timing problem, short pauses are imperceptible, blurring words together. The problem has the most effect on a listener’s ability to hear the first consonant of a word – cat, hat, bat, fat, and rat may sound remarkably similar, for instance.

While most people gradually lose the ability to hear high frequencies as they age, the feedback and timing problems account for many of their complaints about hearing, Frisina says.

“These problems with the aging brain, which nearly everyone experiences, are on top of problems with our ears, which you may or may not have as you get older. For many people, even if they can still hear sounds as they get older, they still lose the ability to hear and understand speech, because of these brain problems,” Frisina says.

Frisina and Ison are part of a center that brings together applied research on hearing at RIT with basic neuroscience and aging research from the University of Rochester. Frisina is the associate director of the center; the director is his father, D. Robert Frisina, founding director of NTID and an adjunct professor at the University. Other faculty members at the center include William O’Neill, associate professor of neurobiology and anatomy, and Joseph Walton, associate professor of otolaryngology, both at the University. The center is currently funded by a five-year, $6.3 million grant from the National Institutes of Health.