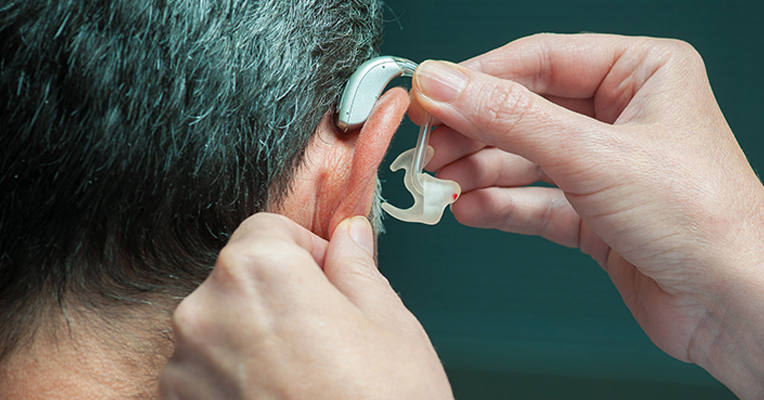 People with hearing loss are often treated as second class citizens. Some of this treatment is intentional, but much of it is due to lack of awareness by the general hearing public. This treatment is evident in many aspects of their lives, and result in a variety of issues that are important to the hearing loss community. We will examine the topics listed below. But first, you might be interested to read some of the benefits of deafness, as presented by a panel of late-deafened folks.

Access refers to the ability to take advantage of all the resources that we encounter in our normal lives. This includes entertainment, information, and social resources.

Oral Communication is the BIG ISSUE for most hard of hearing, late deafened, and oral deaf people, because it is a fundamental capability that pervades a person’s entire life. Communications problems increase the complexity and difficulty of many areas of a person’s life.

Emergency Planning refers to the process of determining how emergencies will be dealt with. As you might imagine, people with hearing loss are often left out of the process, which means that their needs are ignored.

Employment is a source of many issues for people with hearing loss. There are issues with getting a job and keeping a job. Something as fundamental as getting essential information can become extremely difficult.

Family is generally a source of support, encouragement, and comfort. This is also the situation for many people with hearing loss. Unfortunately, many others don’t have that kind of relationship with their family. Many hard of hearing, late deafened, and oral deaf people report significant issues with members of their family.

Hearing Aid Affordability is increasingly becoming a significant issue among people with hearing loss. As the cost of hearing aids skyrockets, fewer people are able to afford the aids that can help them retain personal communications. Fortunately, there is a growing movement to include hearing aids in insurance coverage.

Identity issues are common among people with hearing loss. They often consider themselves to be hearing people who can’t hear. A few are able to successfully integrate into the culturally Deaf community, but the vast majority see themselves stuck between the hearing world and the Deaf world, and involved in neither.

Isolation is a frequent result of hearing loss. Movies, plays, and concerts may no longer be accessible. Chatting with friends can become frustrating and unrewarding, and the person with hearing loss may withdraw further into their shell.

Services, or the lack thereof, are a source of frequent complaint among the hard of hearing, late deafened, and oral deaf people. Because their disability is generally invisible, they are often overlooked by organizations that provide services to disabled groups.

Other Issues is where we put all the issues that don’t fit nicely into one of the categories above!

Because of the inherent problems with 16 bit hearing aid architecture, the “front end” of the hearing aid is frequently overdriven by intense inputs- specifically it is the analog to digital (A/D) converter and associated pre-amplifiers that is the culprit.Â Intense inputs frequently come from music, but a hearing aid wearer’s own voice can also overdrive the input.Â Normal conversational speech is not typically a problem. The question that arises is “given a hearing aid that seems to be great for speech, what can be done to also make it great for music?”Â This has been covered in previous blogs so I will not retrace my steps, but following are four easy-to-implement strategies that improve the fidelity of music over what a hearing aid may currently provide.y

State efforts to restrict voting access have dominated election news this year. Since the beginning of 2011, legislators in 41 state governments have introducedat least 180 bills that wouldmake it harder to register or to vote. At least 25 laws and two executive actionshave been enacted, affecting 19 states. These include laws requiring proof of citizenship or photo identification to register or to vote; limiting voting registration opportunities; and reducing early and absentee voting. The U.S. Department of Justice and voting rights advocates have challenged these laws for violating the Voting Rights Act and the National Voter Registration Act, and raised concerns about their discriminatory impact on low-income people, and racial and ethnic minorities. But what hasn’t been mentioned in the media coverage, and what seems of little concern to supporters or opponents of these laws, is their discriminatory impact on one of the country’s largest minorities: people with disabilities.

Deaf footballer Craig Beech has played more than 120 matches over six seasons without any problems.Â But during his latest match, the keen sportsman was ordered off the pitch by a health and safety mad referee who claimed his hearing aids were ‘dangerous’. Mr Beech, 23, a retail worker of Dinnington, South Yorkshire, has worn the devices since the age of four. He said: ‘Everyone on the pitch was shocked. ‘My teammates were pretty angry and upset. I didn’t want to do anything to make it worse but they argued my point and even the other team said they were okay with it.’ Mr Beech’s local pub team, Masons Arms, in Wickersley, South Yorkshire, were losing 1-0 to rivals The Pewter Pot when the match was halted midway through the first half. Referee Gary Mellor spotted the hearing aids when Mr Beech was having treatment for a knock. Early in the second half he told Masons that the game could not continue while he was still wearing the aids.

Electric vehicles and hybrid cars could be required to sound alerts to pedestrians under a new proposal from the National Highway Traffic Safety Administration. In a notice (pdf) posted yesterday on its website, the agency announced the first steps toward a rule aimed at protecting pedestrians and bikers from the nearly silent cars. The regulation would force light-duty cars, motorcycles, vans and trucks to automatically sound alerts at low speeds. “Even as we make giant leaps forward with hybrid and electric vehicles, we must remain laser focused on safety,” NHTSA Administrator David Strickland said in a statement. “With more and more quiet vehicles on the road, we have to consider their effect on pedestrians.