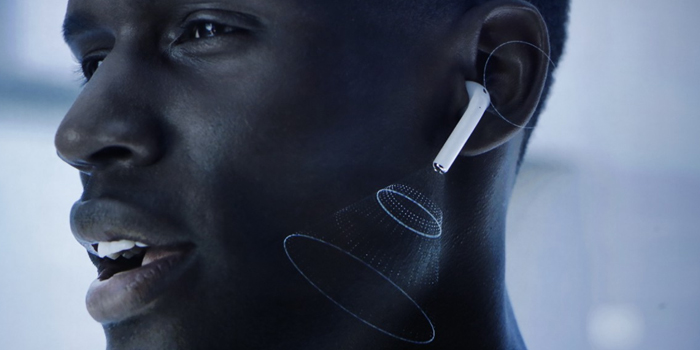 More on this and related topics

We’ve reported on the fact that today’s young people seem to be experiencing hearing loss at an astonishing rate, and that personal audio equipment seems to be contributing to that trend. Newsday recently published an article in which they state that twelve percent of children and teens in the US suffer from noise-induced hearing loss! That’s higher than the ten percent benchmark that is normally applied to the general population!

The maximum output of personal audio equipment in Europe is 100 db. While that’s loud enough to cause hearing loss, it’s nowhere near the 120+ db levels of the unregulated devices in the US.

Developers of the Apple iPod are hoping that consumers turn a deaf ear to recent criticism of the best-selling product. A recent Reuters article warns that iPod earbuds, which are placed directly in the ear, pose a threat to long-term hearing. While some audiologists maintain that the device’s distinctive earbuds contribute to hearing damage, what concerns most is the high sound level portable music players can reach.

Hearing is a great gift. It allows people to hear so many wonderful things including laughter, movies and music. Hearing at times can be taken for granted-perhaps because few know the dangers of noise-induced hearing loss. John Kiel Patterson from Louisiana filed a class action lawsuit Jan. 31 against Apple for this very reason. Patterson claimed that the iPod, which can produce sounds at 115 decibels, could lead to hearing loss. What’s alarming is that people are consciously exposing themselves to loud volumes, some unaware of the permanent harm that can occur.

Editor: I’ve been wondering when something like this would appear. It’s a set of earbuds that automatically limit the maximum volume to a safe level. For more information please point your browser to http://ingemicorp.com/ihearsafe.html

With the proliferation of iPods today, you would think that we would be faced with half-deaf senior citizens four decades down the road. Most youth today do not give two hoots about the health of their ears, turning the volume knob way up on their iPods and digital audio players without a care in the world. If you are going to purchase an iPod for your child or know somebody who is stuck to his/her digital audio player like a leech, perhaps picking up the iHearSafe earbuds for them would be one of the best things you could do on their behalf.

These child-safe earbuds have been board-certified by audiologists and are equipped with patent pending technology that will keep the volume below 80 decibels no matter how loud the original file is or how high the volume has been turned up. This might not go down well with teenagers who are already used to blasting their stereos in their rooms with lung-busting songs from heavy metal groups, but it would be a great way to get the younger ones who have not been exposed to loud music yet started on the right path.

The iHearSafe earbuds are compatible with a wide range of devices, from iPods to MP3 players, portable DVD players, TVs, handheld consoles, and even cellphones. You can pick up a pair today for $24.99. What? You can’t hear what I’m saying? Then I’m afraid it is too late to remedy the situation for you, my friend.

Apple to turn down the volume on iPod

Fears that rock fans will deafen themselves with a highest volume setting equal to a chainsaw have led Apple to develop an automatic volume control.  It is the first time that the company has explicitly expressed fears over the risk the device poses to hearing.  Experts believe that millions of young people are risking irreversible hearing damage because of the craze for MP3 players.  The iPod, like other digital music players, can store enough music to play for several days and has batteries that can last for more than 12 hours at a time.  As a result, its owners can keep their earphones in all day, risking cumulative damage to their hearing.  A new patent reveals that the next iPods and iPhones could automatically calculate how long a person has been listening, and at what volume, before gradually reducing the sound level.

Teenagers seem to know that loud music can damage their hearing, yet most see no reason to lower the volume on their iPods, a small study suggests. In focus-group discussions with students at two high schools in the Netherlands, researchers found that the teens were generally aware that blasting an MP3 player could harm their hearing. Yet most said they usually played their own device at maximum volume and had no plans to change that. Like many teenagers, the students often denied their own personal risk. Most knew the general hazards of loud music, but believed they had a “low personal vulnerability” to hearing loss, the researchers report in the Journal of Pediatrics. Given this, lead researcher Ineke Vogel told Reuters Health in an email interview, “we strongly recommend parents to inform their children and to discuss with their children the use of MP3 players and the potential long- term, irreversible consequences for hearing capacity.”

So, what does this hearing expert recommend? Dr. Fligor offered two excellent suggestions, “Limit the time you listen at high volumes. Then, give your ears a rest – recovery time. If you give your ears the chance, hearing returns to normal levels. The key is to take time out and go unplugged.” “I also recommend MP3 users upgrade to earphones that block out background noise,” Dr. Fligor stated. As his test results demonstrate, MP3 listening levels are determined by background noise. So, if you’re riding the D train in New York, you’ll turn up the volume to block out the noise of the crowded subway car. On the other hand, you’ll naturally lower the volume during a quiet walk in the country. Upgrading to headphones that reduce or block exterior, ambient sound (even really loud sounds like the D train) enables MP3 users to lower the listening volume and extend their listening time.

Marshalls Aerospace, which manufactures aircraft, has emailed all 1,750 staff banning iPods, MP3 players and personal radios at their Cambridge headquarters. The company fears that staff will claim their hearing was damaged during work hours and sue the company for failing to protect them on health and safety grounds. They also raised concerns over safety as workers would not be able to hear fire alarms or moving machinery on the factory floor. Experts say that listening to very loud music on an MP3 player for prolonged period carries the risk of hearing loss and other permanent damage. But Marshalls employees and safety experts criticised the policy as “ridiculous”.

Now hear this, if you still can: The European Union said Monday it wants makers of popular digital music players to recommend users turn the volume down to preserve their hearing. The EU’s Consumer Affairs Commissioner Meglena Kuneva said experts and industry will together draft tougher standards to limit hearing loss. “If you want to enjoy your favorite songs in 20 or 30 years time, turn the volume down,” Kuneva said. Action is necessary because there is cause for concern over health risks, especially to younger people, she said. An EU scientific advisory body says that between 2.5 million and 10 million Europeans could suffer hearing loss from listening to MP3 players at unsafe volumes – over 89 decibels – for more an hour daily for at least five years.