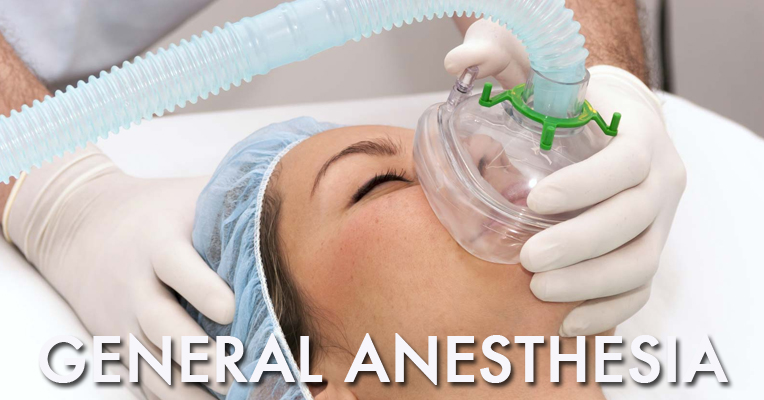 General anesthesia renders a person unconscious during surgery and other major medical procedures. This is both to avoid pain and to block out the memory of the operation. Although being anesthetized is generally called “being asleep,” the patient is actually in a different state. Unlike local and regional anesthesia, which acts on the nerve receptors that receive pain signals from the brain, general anesthesia turns off the brain itself, so that it isn’t able to send any signals at all.

The anesthesia is usually a combination of intravenous drugs and various inhaled gases. Besides these anesthetic agents, the process also involves controlling the patient’s breathing and pulse and monitoring vital functions throughout the surgery.

The risk associated with general anesthesia is low, although side effects are common. These include nausea, digestive problems, fever and chills, numbness, and mild confusion upon waking up. They are usually no cause for worry, especially in healthy patients. The risk rises for people with heart, lung, or kidney problems, people taking aspirin and other blood-thinning agents, smokers, drinkers, and those with allergies or sleep apnea. Obese patients are also at higher risk.

Many people worry that they will wake up while under general anesthesia. This does happen, but it’s very rare—about one in a thousand people and many are simply aware of their surroundings and don’t wake up in pain. The likelihood is higher during emergency surgery (where often a different type of anesthesia, called dissociative, is used) and in patients who drink alcohol daily, have heart or lung conditions, and have been using tranquilizers or anticonvulsants.

Patients are asked to fast several hours before being put under because the procedure turns off the body’s ability to retain food in the stomach, which means any food taken may end up in the lungs. Some medications may also be stopped during this period; these include oral diabetes treatments, which can interfere with blood function.

The anesthesiologist and his team will take a full medical history of the patient before the operation. This will allow them to choose the right mix of drugs (some people can have adverse reactions to common anesthetic agents, or may be allergic) and avoid complications. If the patient has undergone surgery before, the team will also look into prior anesthesia used as an indicator. This is why it’s important to tell the doctors everything the more information they have, the safer and more effective the medication will be.