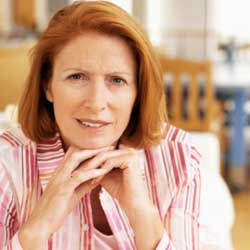 All women need to be aware of the signs and symptoms of heart and blood vessel disease. By knowing what to look for, you’ll have a better chance of getting treatment before serious complications occur. This section will teach you to what signs to look for and what to do if you notice them, including symptoms that women often overlook.

In fact, women are less likely than men to feel chest pain during a heart attack. Studies suggest that more women than men experience so-called “atypical” symptoms, such as back pain, nausea, or fatigue. And for many people, a heart attack won’t strike without warning. A study of 515 women who had a heart attack found that 95% experienced symptoms before the attack.1 For this reason, it is important for women to recognize the various signs and symptoms of a heart attack so that they can take immediate action if the need arises. Even if you have already suffered a heart attack, the symptoms of a second attack may not be the same as your first.

What are the common symptoms of a heart attack?

Chest pain is the most common symptom of a heart attack in both men and women. Women often describe their chest pain as pressure, tightness, or an ache. But often women do not experience severe pain during a heart attack 1; for this reason, women should also take milder chest pain seriously. When chest pain occurs, it usually feels like discomfort in the center of the chest that lasts for more than a few minutes; this pain may come and go.

Many heart attack patients do not feel any chest pain. This is especially true for women. In the study of 515 women who suffered heart attacks, 43% did not experience any type of chest pain or pressure during their heart attack.1 About one third of the women in the study did feel chest pain, but most did not describe the sensation as “pain” instead describing various types of discomfort. Although you may not consider what you are feeling to be pain, chest sensations may indicate heart disease or a heart attack.

What are some “atypical” symptoms?

Women experience more “atypical” symptoms at the time of a heart attack than men. In one study, women were more than twice as likely as men to experience nausea, vomiting, or indigestion as heart attack symptoms.4

What are pre-heart attack symptoms?

Pre-heart attack or prodromal symptoms are symptoms that occur before a heart attack, generally from about 4 to 6 months to 1 week before (though some people report these symptoms up to 2 years before their heart attack).

Shortness of breath seems to be a particularly important symptom for men and women, though it is often not thought of as a serious medical concern. In a study of nearly 18,000 men and women (40% were women), those who experienced shortness of breath were 3 to 5 times more likely to die from heart disease than those who did not have this symptom.6 This symptom seemed to be a particularly good indicator of heart troubles for people who were not previously aware that they had heart disease.

Some studies have shown that men and women perceive pain differently and this may help explain why men and women report different heart attack symptoms. Women have a lower threshold for pain, including pressure-type pain, than men.7, 8 Several studies have found that when women experience chest pain, they rate it as more severe than men.9, 10 Women may appear more likely to experience so-called atypical symptoms because they report a wider variety of symptoms and because they experience these symptoms more intensely than men.

Why is recognizing symptoms important?

Many lifesaving heart attack treatments, such as clot busting drugs and balloon angioplasty, work best if given within the first hour after a heart attack begins. Many heart attack patients, especially women, wait 2 hours or more after their symptoms begin before they seek medical help. This delay can result in death or long-lasting heart damage, and it is one of the reasons why women tend to experience worse outcomes after a heart attack than men. Learning to recognize the wide variety of symptoms that may be experienced before and during a heart attack will help you get the treatment you need fast – and may even save your life.