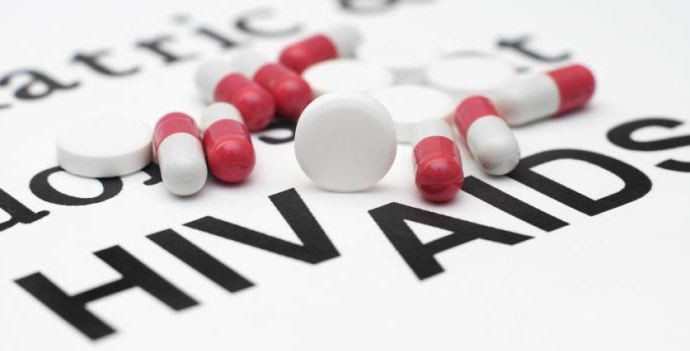 What is AIDS STD and what are the causes?

AIDS means acquired immunodeficiency syndrome. An HIV-infected person receives a diagnosis of AIDS after developing one of the CDC-defined AIDS indicator illnesses.

An HIV-positive person who has not had any serious illnesses also can receive an AIDS diagnosis on the basis of certain blood tests.

A positive HIV testing result does not mean that a person has the AIDS ailment. A diagnosis of AIDS is made by a medical doctor using certain clinical criteria (e.g., AIDS indicator illnesses).

Infection with HIV can weaken your immune system to the point that it has difficulty fighting off certain infections. These types of infections are known as “opportunistic” infections because they take the opportunity a weakened immune system gives to cause serious illness.

Many of the sexual health infections that cause problems or may be life-threatening for people with AIDS are usually controlled by a healthy immune system. The immune system of a person with AIDS is weakened to the point that medical intervention may be necessary to prevent or treat serious illness.

Today there are treatments that can slow down the rate at which HIV weakens the immune system. There are other treatments that can prevent or cure some of the illnesses associated with AIDS. As with other STD diseases, early detection offers more options for treatment therapy and beneficial preventative care.

Does HIV Cause AIDS?

How is HIV Transmitted? June 27 is National HIV Testing Day in America
One in five Americans living with HIV are unaware of their status, meaning that they are not receiving the vital support they need to stay healthy and live longer. Learn more about HIV testing, and why you should get tested.

What are the Effectiveness of Condoms

Condoms are regulated by the Food and Drug Administration (FDA). Condom manufacturers in the United States test each latex condom for defects, including holes, before it is packaged.

There are many different types and brands of condoms available–however, only latex or polyurethane condoms provide a highly effective mechanical barrier to HIV.

In laboratories, STD viruses occasionally have been shown to pass through natural membrane (“skin” or lambskin) condoms, which may contain natural pores and are therefore not recommended for disease prevention (they are documented to be effective for contraception). Women may wish to consider using the female condom when a male condom cannot be used.

For condoms to provide maximum protection, they must be used consistently (every time) andcorrectly. Several studies of correct and consistent condom use clearly show that latex condom breakage rates in this country are less than 2 percent.

Even when condoms do break, one study showed that more than half of such breaks occurred prior to ejaculation and orgasms.

When condoms are used reliably, they have been shown to prevent pregnancy up to 98 percent of the time among couples using them as their only method of contraception. Similarly, numerous studies among sexually active people have demonstrated that a properly used latex condom provides a high degree of protection against a variety of STDs, including HIV infection.

How long does it take for HIV to cause AIDS?

Since 1992, research scientists have estimated that about half the people with HIV develop AIDS within 10 years after becoming infected. This time varies greatly from person to person and can depend on many factors, including a person’s physical health status and their health-related behaviors.

Today there are beneficial treatments that can slow down the rate at which HIV weakens the immune system. There are other treatments that can prevent or cure some of the illnesses associated with AIDS, though the treatments do not cure AIDS itself. As with other diseases, early detection offers more options for treatment and preventative health care.

What are HIV AIDS Ailment Symptoms And Signs

HIV Lab Screening Tests Through A Licensed To Prescribe Pharmacy

You can order your lab testing and blood work screening online and no doctor’s office visit required.
Put yourself in control of your health.

What does an HIV Test do?

This test screens your body for the Human immunodeficiency virus (HIV).

Human immunodeficiency virus, or HIV, is a virus that damages or kills the cells of the body’s immune system. The most advanced stage of the virus causes the acquired immune deficiency syndrome (AIDS). The virus weakens a person’s ability to fight infections and cancer.

How do people get HIV?

The number of people in the U.S. with HIV/AIDS is about 2,000,000 and approximately 25% of them are unaware of their infection. A person gets HIV when an infected person’s body fluids enter his or her’s bloodstream. The virus can enter the blood through the linings in the mouth, anus, vagina, penis or through broken skin.

Both men and women can spread HIV. A person may show no symptoms and still transfer the virus to others. Pregnant women with HIV can also give the virus to their babies.

Tests for both HIV-1 and HIV-2 Near You. The test detects antibodies that are produced by the body’s immune system in response to the HIV virus.